What is a risk? A risk is a chance that something bad could happen, and it’s important for you to understand your risks so you can take action and protect yourself. Risk management is creating a system that helps you manage risks, and one of those risks is natural disasters. Natural disasters affect millions of people every year, causing billions of dollars of damage. Where you live—and how you live there—can have a big impact on whether your area is vulnerable to natural disasters. If you live in an area prone to floods, you’ll want to take steps to protect yourself, such as by learning where you can go to find help during floods.

Every region faces its own risks when it comes to natural disasters. The Atlantic hurricanes, earthquakes in the New Madrid Seismic Zone, and tornadoes in the Midwest may serve as prime examples, but we have our own set of threats here in the United States. The risk of a natural disaster is highest in areas of the country that have a higher probability of experiencing one, and the risk is higher the closer you get to a water source or vulnerable fault line.

The National Oceanic and Atmospheric Administration (NOAA) reports that extreme weather events like floods, droughts, and wildfires make up 74% of natural disasters, causing damages of over $125 billion annually.

Natural disasters, such as earthquakes, hurricanes, and tsunamis, have affected many countries around the world, but one region of the world has been hit the hardest by these disasters: Asia. With a population of more than 3 billion people across 26 countries, this is a vast region that is prone to many different kinds of natural disasters. And unfortunately, Asia is one of the riskiest places for natural disasters, especially in the Asia Pacific area. 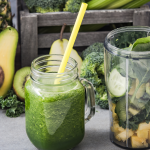